Till the filing of this report, over 30.3 million of people have seen the video on Twitter alone. While it has 23.9K retweets, 228.9K people have liked it. 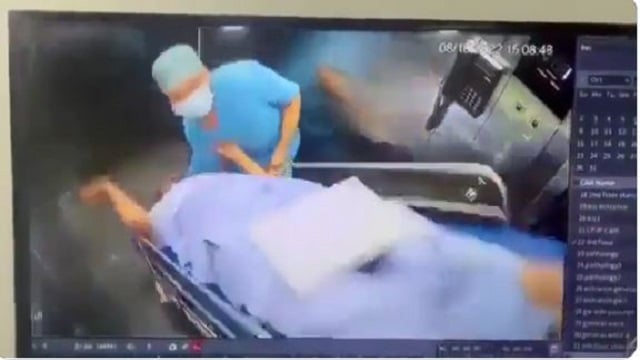 A scary video showing a patient on stretcher falling down as the elevator of a hospital started moving with doors open is going viral massively. The video will leave you in shock for sure.

In the CCTV footage, which has been shared on Twitter by a user name -Lance- shows a doctor and a nurse escorting a male patient on a stretcher to an elevator. They entered the elevator while a woman, possibly the patient’s attendance, was standing close to it. All of a sudden, the patient fell down from the stretcher as the elevator started going down while the stretcher was only half inside it.

Everyone present on the spot tried to pull the patient out but they could not. A man was also seen rushing to help the patient.

Till the filing of this report, over 30.3 million of people have seen the video of a patient falling from the stretcher as elevator starts moving on Twitter alone. While it has 23.9K retweets, 228.9K people have liked it.