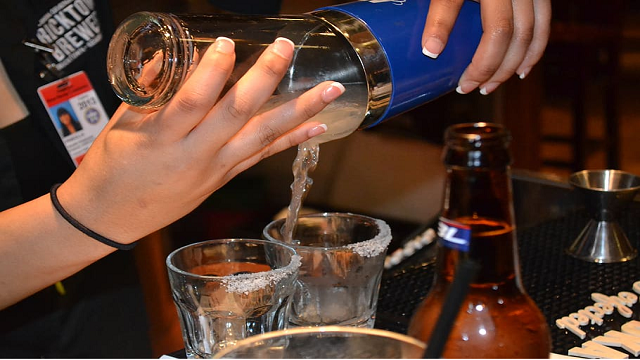 In a hilarious turn of events, a drunk Turkish man accidentally joined a search party that was sent out to look for him after he was reported missing.

The man is identified as Beyhan Mutlu of Inegol in the northwestern province of Bursa. His family filed a missing complaint of him on Tuesday, after he failed to return home from a drinking session with friends. They got worried when he did not return their phone calls.

As per the reports by Daily Sabah, a Turkish media outlet, the officials said that the 50-year-old man was wandering in the forest, therefore could not be found by his friends. A search party was dispatched to the area, where Beyhan ended up meeting them.

The officials had no idea that the man helping them find the missing person in the woods is Mr. Mutlu himself. After several hours of searching, the man ‘found himself’ when the officials started shouting his name.

According to the sources, when the search party volunteers started calling out his name, M.Mutlu replied, “I am here.” Hence, the rescue workers took him aside to take his statement, where he reportedly told them, “Don’t punish me too harshly, officer. My father will kill me.”

The authorities then prepared a report about the search mission and later drove him back to his loved ones. Mutlu, translates to ‘happy’ in Turkish indeed laid out many laughs to people worldwide.

The man later spoke to the local media outlets and said, “When one of my friends couldn’t find me, he reported me as missing to the gendarmerie (police). There really was no need for that.” He then added to his statement that he had recently changed his number due to which he was not reachable when the police tried to contact him. He woke up around 5 am to see a gathering, he thought it was because of an accident on the road.

People on social media are going gaga over the news. Replying to BBC’s post regarding the news on Twitter, many shared relatable memes and GIFs reacting to it.

“Oh good, you’re here! Say, do you know this man? He’s the one we’re looking for…” pic.twitter.com/swUCLuzJeI

Father quits high-paying job to spend time with his newborn…

He was on a journey to finding himself 🤷‍♀️😂 pic.twitter.com/ne0zxRPYkL

I just read this headline: ‘‘Missing’ drunk man joins own search party.’ And that folks is 2021 in a nutshell. 😅

Also Read: Man shocked on finding a door to the other world