The 4.94 km bridge, work on which started in 2002, is the longest rail-cum-road bridge in India. It will connect Dhemaji and Dibrugarh districts at the north and south banks of Brahmaputra River.

Assam Chief Minister Sarbananda Sonowal Sunday reviewed the progress in the construction of Bogibeel Bridge over Brahmaputra River at Dibrugarh and said it would be inaugurated this year. 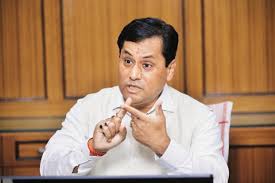 Sonowal said that the Centre has been pushing for rapid infrastructure development in the Northeast region and for that, bridges like this are being completed fast. He has urged General Manager, NF Railway and officials at National Highway Authority of India(NHAI) and other concerned agencies to finish up the work by November 3oth.

The Bogibeel bridge is being constructed over National Highway 37.

Sonowal asserted that this longest rail-cum-road bridge in the country will also be crucial for the economic development of the region, strengthen security apart from boosting the connectivity for the people of neighboring Arunachal Pradesh also.

Taking stock of the progress of the proposal given to Railway Department to prepare a special scheme for turning the bridge into a place of tourist attraction, Sonowal also requested the Railways to plant trees on both banks connected by the bridge.

The chief minister also thanked the local people of both the banks of the river for extending wholehearted cooperation which has made the completion of the Bogibeel Bridge possible and hoped that the bridge would be able to fulfill the aspirations of the people by giving an impetus to the development of the area.