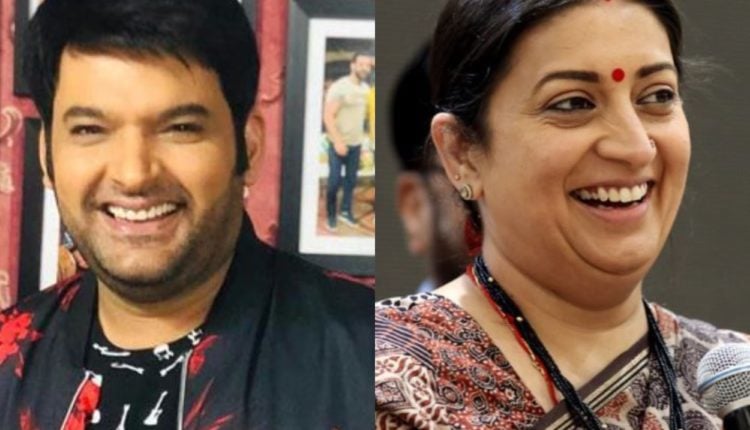 Mumbai: Actor turned politician and now Union Minister Smriti Irani who was about to make an appearance in the upcoming episode of the Kapil Sharma show, however, the shoot for the episode has been reportedly cancelled over a misunderstanding.

The minister had completed her book, title Lal Salaam and to promote her book she chose the Kapil Sharma show to make an appearance and talk regarding her book.

However, she could not shoot for the show. A private security guard working for the comedy talk show stopped her from entering the venue.

Honorable Minister of Women and Child Development Smriti Irani does not travel with security, so the guard might have been confused and he reportedly didn’t believe the minister when she tried to explain that she was a guest on the show.

The guard said the ministers do not travel alone. They have security personnel and police force with them.

Later, Irani waited for half and hour and then left the place as she had a flight to catch to Delhi. As soon as Kapil Sharma came to know about the whole incident, he slammed the guard and explained the entire scenario and apologised to the minister Smriti Irani.

Covid and its effect on pregnant mothers, babies