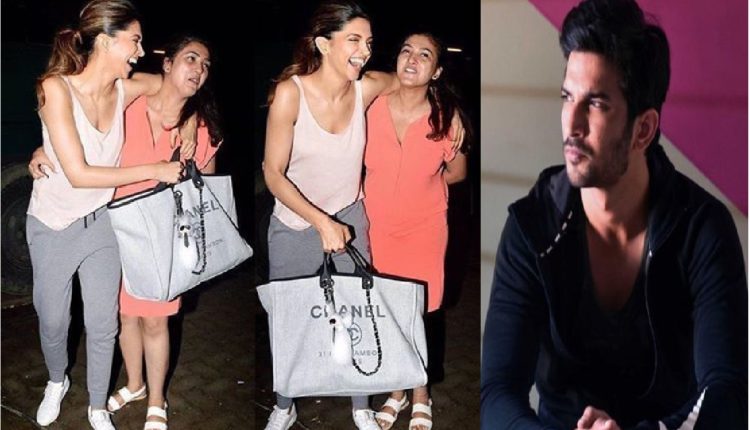 MumbaiP: Widening its probe into the drug’s connection in Bollywood actor Sushant Singh Rajput death case, the NCB has summoned Karishma Prakash, the manager of actor Deepika Padukone, and Dhruv Chitgopekar, CEO of the Kwan talent management agency for questioning.

A top Narcotics Control Bureau (NCB) official related to the probe said, “We have summoned Prakash, who works as a manager at Kwan and its CEO Dhruv”.

The official said that they have been summoned as some whatsApp chats showed they were allegedly involved in the drug case.

The development comes a day after the NCB officials said they will be issuing summons to Bollywood actors Sara Ali Khan, Shraddha Kapoor, Rakul Preet Singh and fashion designer Simone Kambhatta this week for questioning in connection with its probe.

The duo was questioned for over five hours on Monday by the NCB officials here.

The NCB has already arrested Sushant’s girlfriend Rhea Chakraborty, her brother Showik, Sushant’s house manager Samuel Miranda, personal staff Dipesh Sawant and over 15 others in the case so far.

Later in the day, the NCB will move the Special Court to seek a day’s custody for Showik and Sawant, to connect the dots with some new facts that have emerged in the case during the investigation.

The NCB has registered a case on the request of the Enforcement Directorate (ED) after the alleged drug chats of Showik, Miranda and several others came to the fore.

Sushant was found hanging in his Bandra’s Mont Blanc apartment on June 14.

Besides the CBI and the ED, NCB is the third agency to probe into the death case of Sushant.

Hurry up! Online application for 275 government posts is underway; apply soon before September 28