The film revolves around a same-sex relationship and shows the struggles of a homosexual woman, trying to find acceptance in the family and society. 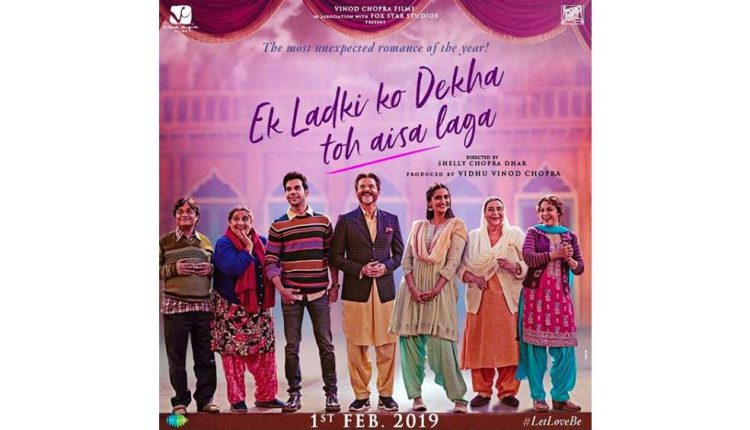 Despite average business at the ticket window, the film has been applauded by critics for being path-breaking and delivering a strong social message to viewers. The film revolves around a same-sex relationship and shows the struggles of a homosexual woman, trying to find acceptance in the family and society.

According to reports, Ek Ladki Ko Dekha Toh Aisa Laga is being considered by Academy of Motion Picture Arts & Sciences (AMPAS) to be included in the Oscar Library. .AMPAS has requested the makers of the film for a copy of the screenplay for its permanent Core Collection.

After the news broke out, actor Sonam Kapoor said she is “overwhelmed” with the development. Adding that ‘Ek Ladki Ko Dekha Toh Aisa Laga’ is a special film for her, the National-Award Winning actor said, “It is my first movie with my father and also because it has a strong message that deserves to be told. I’m really happy that it was selected to be part of the Oscar library and I’m overwhelmed by the kind of love audiences have showered on the film.”

Produced by Vidhu Vinod Chopra and directed by Shelly Chopra Dhar, ‘Ek Ladki Ko Dekha To Aisa Laga’ released on February 1. On the 10th day of its release, the movie has grossed Rs. 21.01 crore at the box office.

One of the best love stories ever made, ‘Ek Ladki Ko Dekha Toh Aisa Laga’ is a revolutionary tale that drives its message home successfully. Sonam K. Ahuja is unbelievably convincing in the role of Sweety. Her innate sadness and suffocations come tearing across her forlorn eyes and compromised smiles. She plays to perfection the girl who no one understands and who seeks solace in the pages of her diary.

7-year-old branded with hot iron in Sundergarh for anemia

Lokayukta In Odisha To Start Functioning From April 8