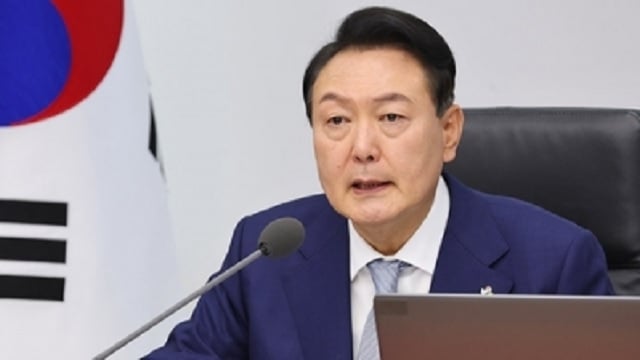 Seoul: South Korean President Yoon Suk-yeol said on Thursday that he will hold a trilateral summit with his US counterpart Joe Biden and Japanese Prime Minister Fumio Kishida on the sidelines of upcoming regional gatherings in Southeast Asia.

Yoon is set to leave on Friday on a six-day trip that will take him first to Phnom Penh, Cambodia, for regional summits involving the Association of Southeast Asian Nations (ASEAN) and then to Bali, Indonesia, for the G20 summit, reports Yonhap News Agency.

“There are various important bilateral meetings at such multilateral conferences,” he told reporters here.

“A South Korea-U.S-Japan summit has been fixed, and several other bilateral meetings are either fixed or under discussion.”

Yoon said he thought hard about whether he should attend the summits at a time when the nation is grieving over the deadly Seoul crowd crush but decided to go ahead because these are important events that impact people’s economic activities and interests.

“As you all know, ASEAN is a coalition of Southeast Asian nations, and it’s a region that is drawing attention as many countries, including many economic powers, have accepted ASEAN’s centrality,” he said, noting 50 per cent of the world’s cargo travels through the region, while tens of thousands of South Korean businesses invest there.

“As president of our country, I decided that it was inevitable for me to attend the meetings in order to soundly support our businesses’ economic activities.”

Uttar Pradesh will be hosting Khelo India games in 2023-24