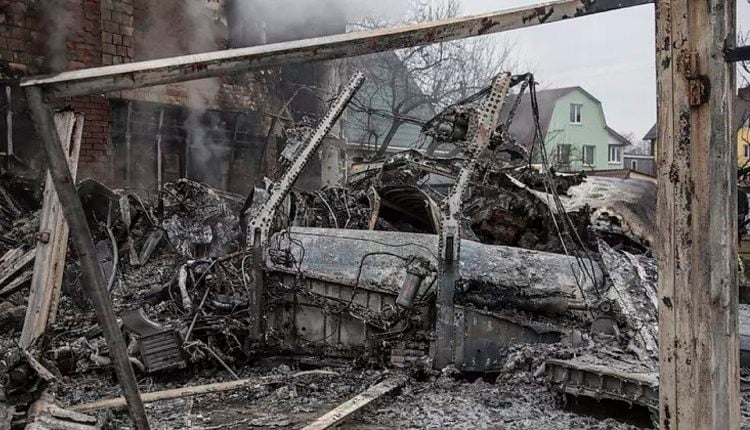 Russian invasion of Ukraine entered its sixth day on Tuesday, having claimed the lives of more than 200 civilians.

Vladimir Putin has raised alarm across the world by placing his nuclear deterrent forces on high alert.

Citing “aggressive statements” by NATO and tough financial sanctions, Putin issued a directive to increase the readiness of Russia’s nuclear weapons, raising fears that the invasion of Ukraine could lead to nuclear war, whether by design or mistake.

Speaking at a meeting with his top officials, Putin told his defense minister and the chief of the military’s General Staff to put the nuclear deterrent forces in a “special regime of combat duty.”

“Western countries aren’t only taking unfriendly actions against our country in the economic sphere, but top officials from leading NATO members made aggressive statements regarding our country,” informed Putin.

Putin has made it clear that nuclear weapons are no longer just a theoretical proposition. Theories are being floated by defence analysts saying that Putin might not use a nuclear weapon in an inhabited region. Putin’s nuclear target could be “somewhere in the North Sea” possibly between Denmark and the UK.

Russia has a total nuclear warhead inventory of 5,977 which is the biggest in the world, according to the Federation of American Scientists. In comparison with the US has 5,428 while France has 290 and the UK has 225.

The Russian arsenal includes 4,447 warheads of which 1,588 are deployed on ballistic missiles and at heavy bomber bases.

Russia has moved from having 40 per cent of its forces inside Ukraine to around 75 per cent, a military academic said.

3rd round of Russia-Ukraine talks on Monday

Dr Jack Watling is a research fellow in land warfare and military sciences at the Royal United Services Institute.

He told BBC Radio 4’s Today programme that a large body of Russian troops is advancing south from Belarus and starting to set the conditions to be able to conduct an assault into Kyiv.

Asked about the suggestion that Russia has used grad missiles on residential areas in Kharkiv, he described these weapons as multiple launch rocket systems which fire large numbers of unguided missiles into an area.

He said there’s also evidence, some of these may have contained cluster munitions.

Russia will continue its special military operation in Ukraine until it achieves the main goal of defending Russia from Western threats, Defence Minister Sergei Shoigu said on Tuesday.

Both the countries concluded their first round of negotiations in Belarus on Monday with no clear breakthrough, Xinhua news agency reported.

While the talks were going on, Russian President Vladimir Putin held a telephone talk with French President Emmanuel Macron, reiterating that a settlement would only be possible if Russia’s security concerns were taken into account.

Putin said it was important to recognise “Russia’s sovereignty over Crimea,” as well as the country’s commitment to solving the tasks of Ukraine’s “demilitarisation” and “denazification”, and the issue of Ukraine’s neutral status.

Earlier, today the Indian Embassy in Ukraine today issued an advisory in which it said that all Indian nationals including students are advised to leave Kyiv urgently today.