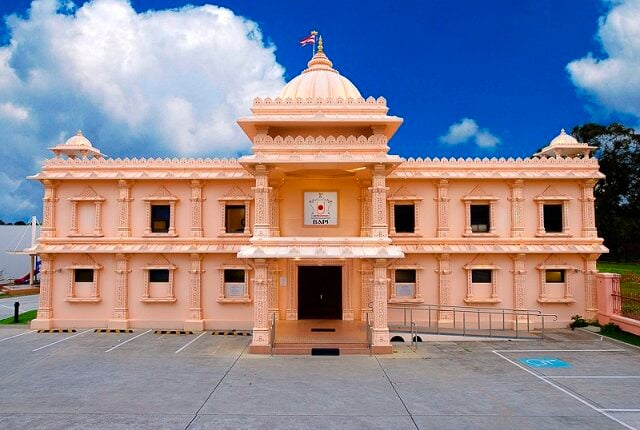 A Hindu temple, BAPS Swaminarayan Mandir, in Australia’s Melbourne was allegedly attacked by Khalistan supporters and defaced with anti-India graffiti which has sent shockwaves to the Hindu community.

The walls of the prominent Swaminarayan temple in Melbourne’s northern suburb of Mill Park were painted with “Hindustan Murdabad”.

Condemning the attack, BAPS Swaminarayan temple said, “We are deeply saddened and shocked by these acts of vandalism and hate. BAPS has always been committed to peaceful coexistence and dialogue with all faiths and peoples. We have apprised the authorities and are cooperating fully with them. We offer our prayers for peace and harmony and will provide a fuller statement in due course.”

Khalistan supporters have also written praises of an Indian terrorist Bhindrawala responsible for killing more than twenty thousand Hindus and Sikhs as a ‘Martyr’.

Hindu Council of Australia’s Victoria state President Makrand Bhagwat told The Australia Today, “Any kind of hatred and vandalism against places of worship is not acceptable and we condemn it.”