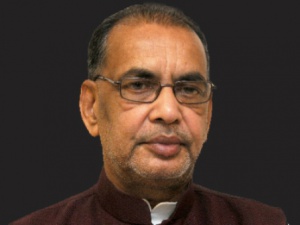 They also showed him black flags in protest against the killing of six farmers at Mandsaur in Madhya Pradesh.

Singh was on his way to Jatni from the State Guest House to attend a ‘Sabka Saath Sabka Vikas’ event..

The Commissionerate Police detained some youth Congress activists, including its state unit president Lokanath Maharathy, in connection with the incident.