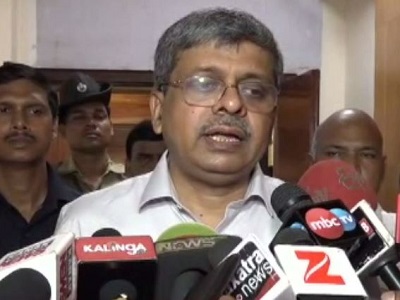 The state government on Wednesday decided to demand two additional battalions of central forces during the Chief Ministerial meeting slated to be held at New Delhi on May 8 to discuss strategies to deal with the Naxal activities. This was informed by Chief Secretary Aditya Padhi.

Padhi, after chairing a high-level meeting at the state Secretariat, also said that the state will demand better mobile connectivity, road connectivity and infrastructure development in the Mao-affected districts of the state during the meeting with Union Home Minister Rajnath Singh. This apart, the state would stress on strengthening interstate coordination during counter-naxal operations.

DGP, Home Secretary, IG (Intelligence), Development Commissioner and other senior officials attended the meeting, which was held to discuss the anti-naxal strategies that would be presented during the meeting on May 8.

The meeting holds much significance in the wake of recent attacks in Sukma, which left 25 CRPF Jawans dead.