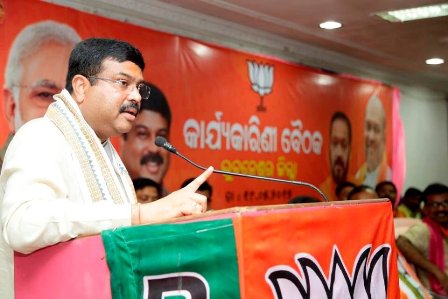 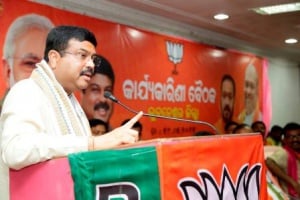 In his address to the party workers, Pradhan stressed upon the strengthening the saffron party in the state capital which would have a cascading effect on growth of the party across the state.

The civic body elections are slated to be held six months before the 2019 Assembly election.

In the 2014 BMC election, BJD had won 49 out of the 67 wards cornering more than 73 per cent of seats, while the BJP and Congress got only four and two seats respectively.

As many as 12 independent candidates had won their seats making them the second largest bloc after BJD in the 67-ward corporation in the capital city.

After increasing its number of seats in the recent three-tier panchayat election by a whopping 850 per cent as compared with the 2012 elections and making major inroads into the areas of BJD’s dominance, the saffron party had started calling it the beginning of the end of BJD rule in Odisha.