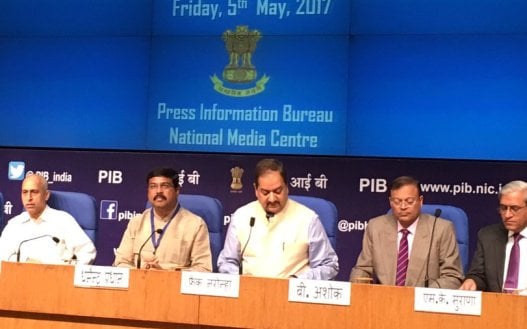 As PM Modi’s much ambitious project PM Ujjwala Yojana has completed a successful year and served the cause of rural women to a great extent, Union P&NG Minister Dharmendra Pradhan addressed the media in New Delhi to list the achievements as well as talk about the future plan.

“#OneYearOfUjjwala is an occasion to celebrate our efforts of successfully implementing Hon’ble PM’s vision to transform the lives of the poor. Today the whole nation shares our belief that PMUY has been one of the most effectively implemented Govt Welfare Scheme,” he said.

Mr. Pradhan further added that his Ministry has added 2.20 crore PMUY and overall 3.25 crore new LPG connections. There is a 10% growth in LPG demand now and 4,600 new distributors have been added in the last 3 years, he revealed.

“While we are committed to increase the LPG penetration under PMUY, safety of consumers under this scheme will remain paramount to us”, he said.

Dharmendra Pradhan also resonded to the critics of PMUY, who questioned whether the poor would be able to refill, saying 85% of PMUY beneficiaries have booked refills. 38% beneficiaries belong to SC/ST category. That proves the effectiveness & transparency.

“We kept the idea of #DigitalIndia in the core of all our schemes from their conception to implementation to monitoring”, he further added.