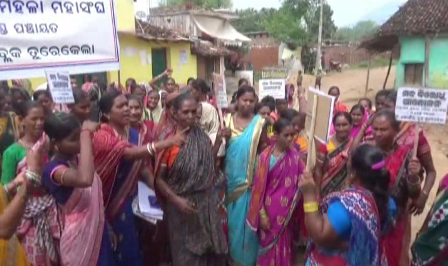 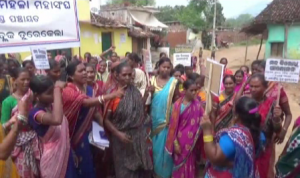 Balangir: The ‘Panchayat Stariya Mahila Mahasangh’, an anti-liquor women’s outfit held an awareness march across villages under Mahakhand Panchayat in Tureikela block of the district on Monday.

People were made aware of the negative effects of liquor consumption during the march and were also told to persuade their family members to quit drinking.

Members of the Mahasangh also targeted illegal liquor production units as well as country liquor outlets operating in the villages during the march and warned them against liquor trade. The organizers of the rally issued an ultimatum of 30 days to the liquor vendors to close their business with a motive to make the panchayat, a liquor free area.

“The liquor production units and selling outlets in the villages under Mahakhand Panchayat would be vandalized if the traders don’t shut their business within 30 days and women would not hesistate to take law into their hands in this conneciton,” said a member of the Mahasangh.