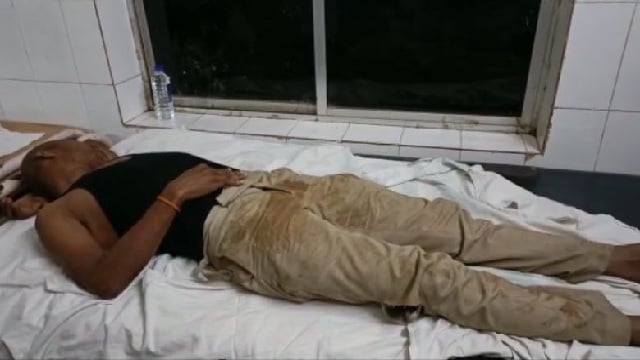 Khordha: A forester has been attacked by a wild tusker near Ranpur range, Tangi at Upendrapur village in Khordha district of Odisha today.

The injured officer has been identified Souri Kumar Patra (53). He is working as a Forest Officer in the Sankhajodi section of the Ranpur Range of Khordha Division.

Reportedly, a wild tusker escaped from the Udugiri forest and entered into the backyard of a person in Upendrapur village late on Wednesday night.

The locals were panic stricken and immediately informed to the forest officials. On getting the information, the officials arrived at the spot and tried to scare away the jumbo.

Meanwhile, the wild tusker attacked Patra’s chest and ran away from the spot. Other members of the team rescued Patra in a critical condition and rushed him to a local hospital.

It is being suspected that his chest bone has been broken due to the tusker attack. Hence, he has been shifted to All India Institute of Medical Sciences (AIIMS), Bhubaneswar for further treatment.