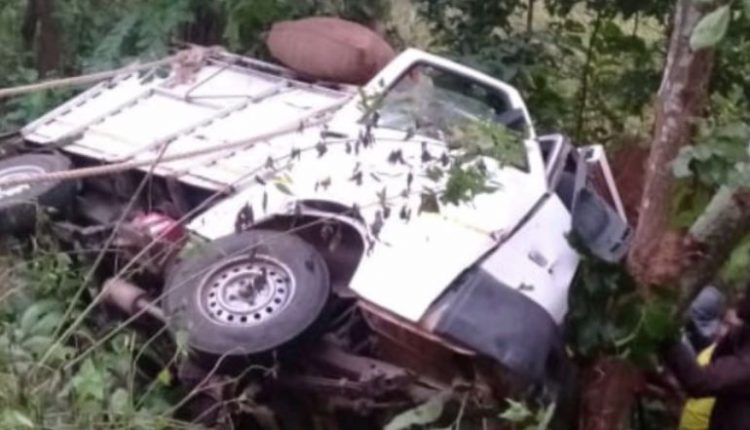 The victims are the driver and helper of the vehicle, whose identities are yet to be ascertained.

As per the report, the pickup van which suffered the accident was en-route to Barabati vegetable market with a vegetable consignment from Karajia of Mayurbhanj early this morning when the crash took place.

It is suspected that the driver lost control over the wheels due to some reason causing the pickup van to fell off the bridge.

Getting intimated on the crash, fire services officials rushed to the spot and sent the victim to Anandpur Sub Divisional Hospital for treatment after rescuing from the mangled van in a critical condition.

Mahuldiha Police has seized the mangled van after reaching the spot of late.