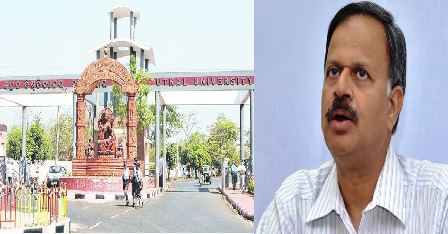 Utkal Varsity VC on 12-hour Dharna for peace in Campus 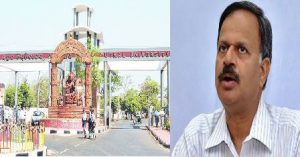 Bhubaneswar: In a desperate attempt to bring back peace and conducive academic atmosphere in the Utkal University campus, Vice Chancellor Soumendra Mohan Patnaik sat on a 12-hour long dharna in front of his own office here on Tuesday.

The dharna which he called ‘Introspective silent fasting’ began this morning at 8 am and will continue till 8 pm.

Extending support to the VC, some senior Professors and lecturers also joined him in the dharna.

Patnaik has appealed to the student communities to uphold peace and tranquility in the larger interest of  the university and its students.

The move came a day after a group of students gheraoed the VC office demanding conduct of students’ union polls, which was cancelled on September 18 following a series of violent incidents.

The premier educational institution of the state, which had been closed sine die on September 18 following pre-poll violence in the campus, reopened on Monday.