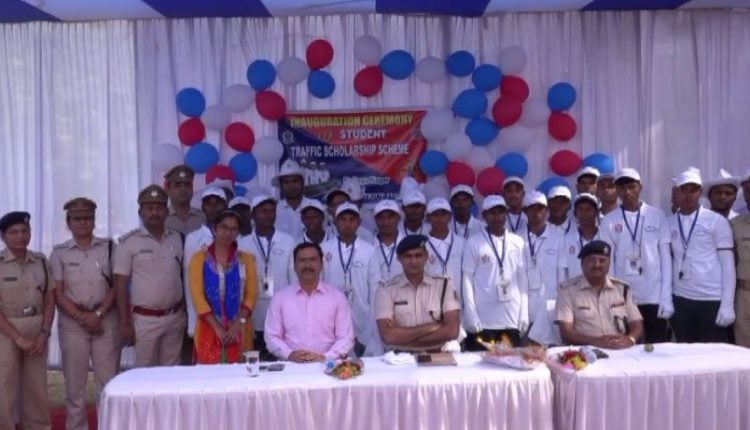 Jajpur: The district police today rolled out Student Traffic Scholarship Scheme in Kalinga Nagar. Jajpur SP Charan Singh Meena today launched the programme and distributed identity cards to the volunteers. In the first phase as many as 20 students were inducted in the scheme.

“The students will be helpful in inculcating respect for traffic norms among other youths especially college going students. We are also planning to introduce the scheme at Jajpur Town in the second phase,” said Meena.

The scheme was initially launched in January 2017 in Bhubaneswar by the Commissionerate police with a motive of overcoming the shortage of traffic personnel and making the students self-reliant. The scheme has also been extended to some other cities including Rourkela, Berhampur, Sambalpur and Balasore.

Also Read: Shocking! Woman Beaten To Death By Her Son In Odisha