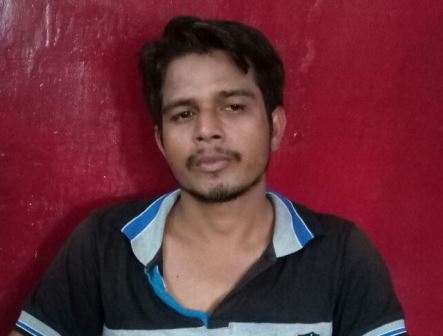 Jajpur: A man was detained by locals and handed over to the police in Jajpur town on Wednesday while he was trying to strangulate a young woman, who had rejected his amorous advances.

Swagat Nayak of Kujibar village in Kuakhia area of the district was detained by the locals after the young woman alerted them when Nayak, who had a one-sided love affair with her since 2012, tried to kill her after entering the mess where she stayed.

The victim was initially admitted to Jajpur Town hospital in a critical condition and was later shifted to SCB Medical College and Hospital in Cuttack as her condition worsened.

According to sources, Nayak had misbehaved with the woman and was arrested after her family members had lodged a complaint with police on August 31.

After being released on bail last evening, Nayak went to the woman’s rented house in the town and tried to kill her.