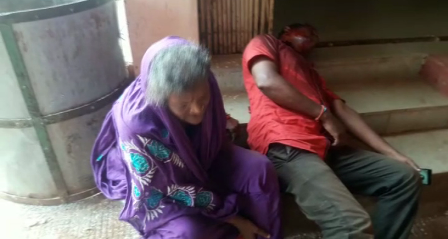 Athagarh: A group of miscreants attacked and injured a social worker and his family members in Dhurukutia village under Athagarh Police limits on Friday over an alleged political rivalry. The victim, identified as Nirmal Kumar, and his wife sustained critical injuries in the attack.

Reports say Nirmal was at his home this afternoon when a group of miscreants barged into his house and started thrashing the family members brutally. The victim sustained head injury in the incident while his wife got critically hurt. Nirmal’s mother also received minor injuries in the attack.

The trio was rushed to the Athagarh hospital following the incident. Nirmal was later shifted to SCB medical in Cuttack as his condition deteriorated.

Athagarh Police has reached the spot and lodged a case in connection with the the incident.

Police said the incident could have been a handiwork of the members of a particular political party who had objected to Nirmal’s initiative to organize a ‘Jeevan Bindoo’ blood donation camp on the occasion of ‘Kranti Dibas’ on August 9. Since then, the social worker and his family wetr receiving threats from this group.