The DGP of Odisha has suspended him as he was taking Rs 25,000 bribe who did not want to entangle his wife as an accused in a case 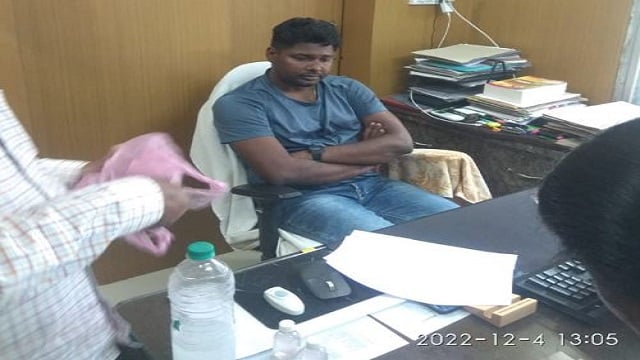 Bhubaneswar: Inspector in-charge (IIC) of Sindhekela police station in Balangir district, Alok Kumar Behera has been suspended on Friday on charges of taking Rs 25,000 as bribe.

The DGP of Odisha has suspended him with immediate effect as he was taking Rs 25,000 bribe from a person who did not want to entangle his wife as an accused in a case being investigated by the IIC.

On Dec 4, the Vigilance sleuths arrested him while taking the bribe money. The entire bribe money has been seized in the presence of witnesses. Following the trap, simultaneous house searches are being conducted at the following places:

1. Office and residence of the accused IIC at Sindhekela police station premises.

2. His house at native village Awlapur, under Alatpur police station, in Cuttack district.

WATCH: National-level dog show in Odisha with more than 400 participants