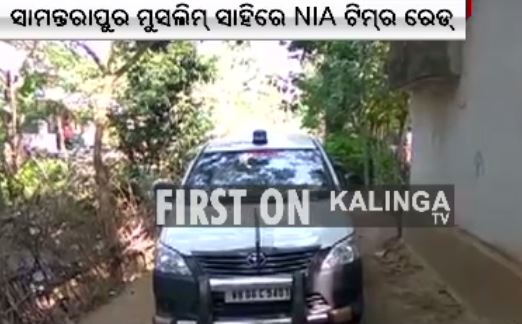 Cuttack: An eight-member team of the National Investigation Agency (NIA) on Wednesday arrested a native of Samantarapur slum under Kisan Nagar police limits in the district in a suspected terror link.

Sources said that Khan will be produced before Cuttack Sub-Divisional Judicial Magistrate (SDJM) and taken on remand for further interrogation.

Sources said that Akhtar Hussain might have been detained over his link with the Lashkar-e-Taiba (LeT) terrorist Abdul Naeem, who was arrested yesterday from Varanasi by the NIA and Uttar Pradesh Anti Terrorist Squad (ATS).