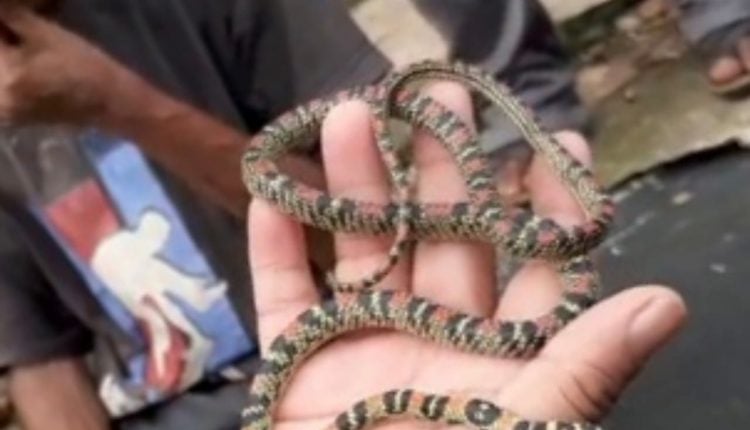 Bhubaneswar: Forest officials today detained a 17-year-old for having possession of a rare Ornate Flying Snake. The minor who was demonstrating the snake in the station area to make money claimed that he procured the snake from Asansol in Assam.

“We have detained the youth and are further interrogating him to ascertain the source of procurement of the snake,” said a forest official.

Forest officials said that the snake is one of the three species of Flying Snakes found in India. “These snakes are capable of gliding in air by flattening their body, at times, almost twice their normal width. They appear to exhibit this behaviour to avoid predators,” added the forest official.

Video: Uttar Pradesh Cops Beat Each Other For Front Seat In Patrol Van

Lesser-Known Uses Of Mint For Skin Care. Read On