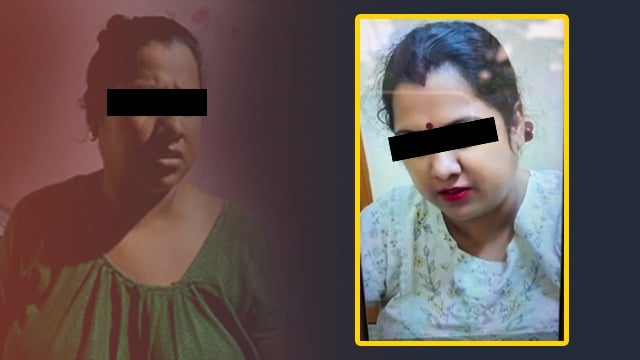 Bhubaneswar: In another case of honey trap, a beautiful girl recently looted jewellery from the house of a youth worth more than Rs 10 lakh. However, Saheed Nagar Police arrested her from Puri today.

The girl has been identified as Angel Pihu alias Angel Biswas while the case has been known as Loot by Angel Priya. She is originally from West Bengal but was living in Puri.

As per reports, she used to lure males posing as the staff of a renowned college who also works as an insurance agent on part time basis. She was getting close with males through social media and then was looting after making them intoxicated sweets or offerings.

As per reports, in the recent case the girl initially got connected with a youth of Puri through WhatsApp posing herself as the staff of a renowned college. She recently went to the house of the youth and spent a night with him. In the night, she allegedly mixed intoxicant in sweets and gave it to the youth to it. After the youth became unconscious, she looted gold jewelry worth more than Rs 10 lakh and fled from the scene.

Earlier, she had reportedly looted jewellery worth Rs 10 lakh and ATM card from a man in Bankuala area in similar way.

After getting complain, Police swung into action to trace out the girl. Sahid Nagar Police has arrested the girl from Baliapanda area in Puri and seized jewellery worth Rs 5 lakh and cash from her possession, informed ACP Sanjeeb Satpathy.

She was reportedly living in Puri for the last 15 years. Earlier, Kolkata Police had also arrested this girl.

The girl has been forwarded to Court. Once she will be brought on remand and interrogated, it will be known that how many others she has looted, said Police.