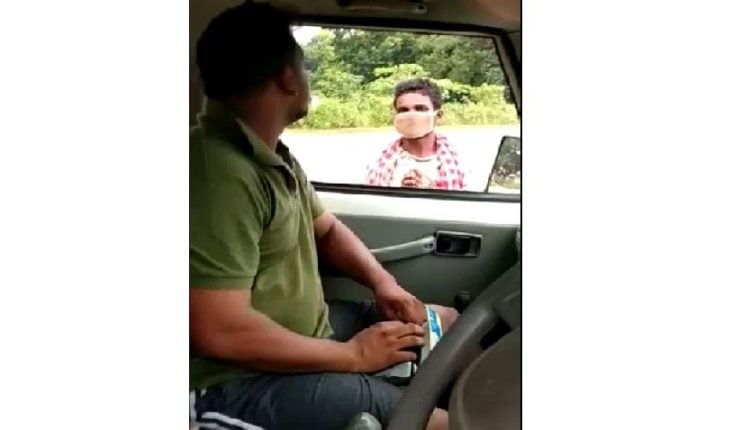 Jajpur: Odisha Police DG has ordered inquiry into the viral video case of Jajpur where a Police Sub-Inspector of Tamka Police station in Jajpur district of Odisha was seen asking a bribe amount of Rs.2000 to a truck driver to waive a fine of Rs 10,000 for speed driving.

As seen in the video the Police Sub-Inspector is giving an ultimatum to the driver that he should pay Rs 2000 bribe or else he would levy a fine amount of Rs 10, 000.

As per reports, Md. Suraj, a Police Sub Inspector of Tamka Police station in Jajpur district was patrolling on the road when he asked for bribe to a truck driver. He was in civil dress and sitting in a police vehicle.

The incident was shot by someone and the video went viral on social media.

In the video it was also seen that the cop himself initially did not wear a mask.

After the video went viral Jajpur SP and Tamka PS IIC said that levying fine in civil dress is not an offence. The IIC also said that the SI was sent from the Police Station on duty.

Odisha Plus II Commerce Results To Be Announced On August 19