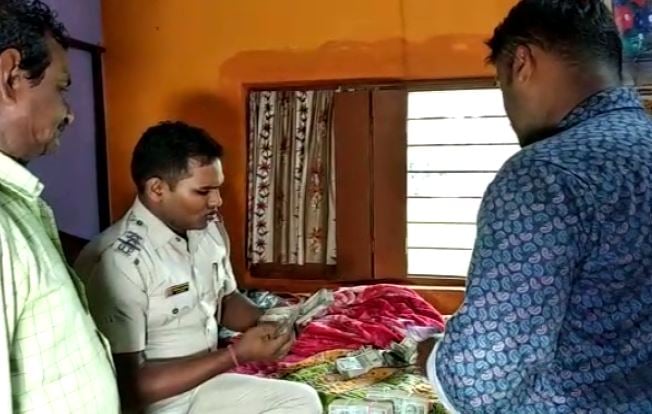 Balasore: Continuing with its crackdown on the illegal drug trade in the district, the Special Task Force (STF) of Odisha Crime Branch today conducted raids in Shekhbad and Jhadeswarpur areas under Jaleswar police limits.

The STF led by DSP Manoj Rout raided the residences of drug peddlers Sheikh Toirudding and his four brothers in the morning and carried out a search operation.

During the raid, the cops seized cash worth over Rs 2 lakh and huge amount of gold jewellery from the spot.

Notably, the STF had conducted a similar raid against drugs smuggler Sheikh Raja near Galapola in Arada Bazaar area of the district on September 23 and interrogated his wife Priya Bibi, mother and niece.

Raja had been arrested from Padmapur under Khandagiri Police limits in Bhubaneswar on September 16.