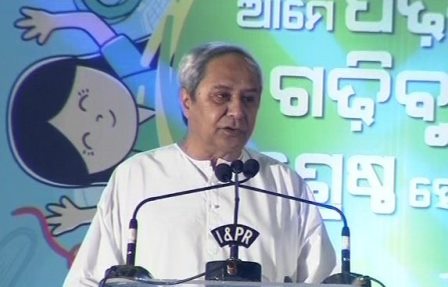 While addressing the students at a state-level Children’s Day celebration at the city based Capital High School, Patnaik appealed them to ‘Dream Big’ to excel in life.

He advised the students to give importance to three things such as to study well, take moral responsibility of their parents and work for the development of their native place, society, state and nation.

The Chief Minister also expressed his willingness to see everyone going to the school and learn new knowledge and science. “I want students of my state to excel in all fields including studies, sports, music, art, culture and social service.” he added.

He also said the students to have esteem for Odisha and Odia language. “I feel happy watching Odia students on Television excelling in national and international events,” he said.  “I have full faith in you”.

Naveen also announced various scholarships for the students at block level. Those, who score highest marks in Odia language, will get Rs 5,000 cash reward under Odia Bhasha Brutti Puraskar. In total, 40,000 students will be benefited from this scheme.

This apart, Rs 5,000 cash reward will be given to students under Mukhyamantri Medhabrutti Puraskar if they do well in Matric exams. As many as 10 students in each block, will get the reward. Teachers and parents of the students will get special rewards if their wards do well in Class X exams. He also launched the Rs 100 crore ‘Mo School’ campaign. 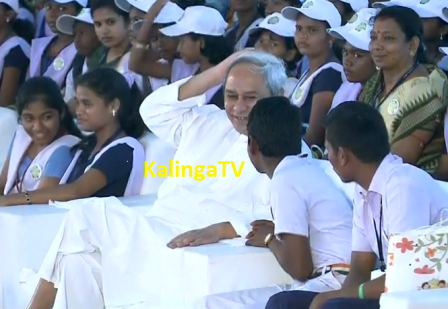 Around 4,500 school children from 24 schools were present during the programme which was organised by School & Mass Education Department. Different cultural programme were also held on the occasion, where Odisha’s singing sensation Ananya Sritam Nanda, Satyajit Jena and Prince dance group performed.

The CM’s speech was broadcast LIVE on all regional TV channels. Special arrangements were made at all block-level primary schools across the state to show his speech LIVE using TV and projectors.