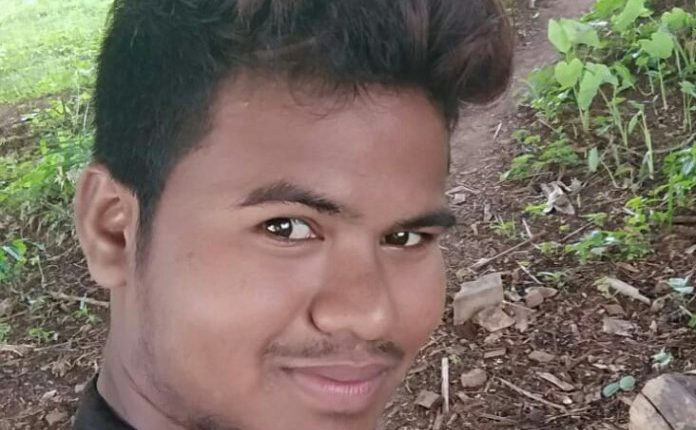 Bhanjanagar: Hundreds of tribal staged a road blockade on Bhanjanagar-Daspalla road near Bhogara village under Tarasing police limits here last night after a local missing youth’s bike was found buried in Chandragiri forest under suspicious circumstances. The youth remains missing for past 20 days.

As per the report, the youth identified as Jitu Pradhan, an MBA student from the village, went missing on August 28, following which his family members lodged a complaint with Tarasing Police. After police failed to trace youth even after 13 days of his missing, hundreds of tribal from Ganjam, Kandhamal and Nayagarh had carried out a rally on September 11 alleging police’s negligence in the case and demanded for an impartial inquiry into the incident.

Last night, villagers got a tip-off on Jitu’s bike and reached Chandragiri forest and exhumed it from a secluded place. Later they staged a road blockade fearing that the victim might have been killed by miscreants and demanded for justice

Family members of the victim also fear that he could have been killed over business rivalry, as he was running a poultry farm business on partnership basis with a friend and a dispute over sharing of money had occurred a few months back.

PM Modi to launch projects worth 557 Cr in Varanasi today