Various mechanical parts of Dakota aircraft will be loaded in two containers and  transported to Bhubaneswar from Kolkata. 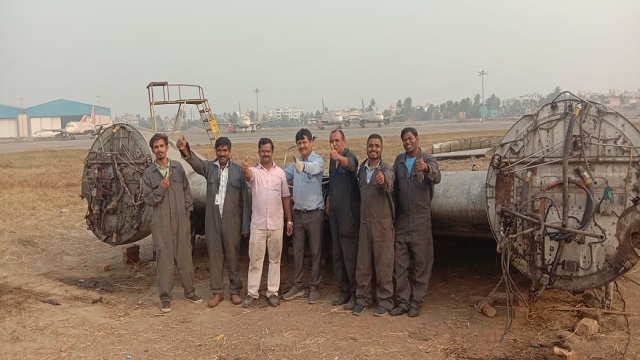 Kolkata: Biju Patnaik’s Dakota aircraft is all set to be transported from Kolkata to Bhubaneswar today. Various mechanical parts of Dakota aircraft will be loaded in two containers and  transported to Bhubaneswar. The aircraft has been disassembled and the parts have been carefully packed. Since the aircraft is very old, special care is being taken for its safety. The containers will move through the national highway connecting Kolkata and Bhubaneswar. various administrative departments are taking special care to ensure its safe movement.

Odisha government will be preserving the Dakota aircraft loved by Biju Patnaik near Bhubaneswar Airport.

Biju Patnaik had traveled in this plane on July 21, 1947 to rescue then prime minister and vice-president of Indonesia and bring them back to India.

The Airports Authority of India (AAI) has already allotted 1.1 acres of land where the Dakota plane will be parked for public viewing.

Petrol and diesel price increases by a small margin in Bhubaneswar