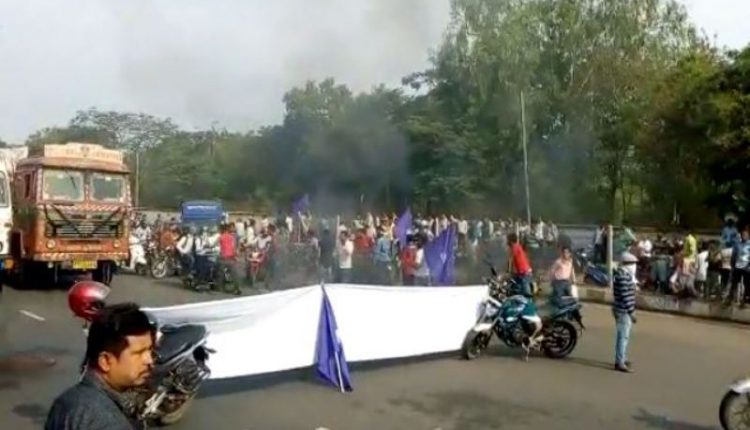 Bhubaneswar: Traffic movement was brought to a grinding halt and commuters faced a tough time across the state during the morning hours today, following a ‘Bharat Bandh’ call given by a number of Dalit organisations protesting the recent Supreme Court order diluting certain provisions under the SC and ST (Prevention of Atrocities) Act.

Bandh supporters under the aegis of Adhikar Surakhya Manch, Adivasi Mulabasi Bancaho Manch and the JMM took to the streets in almost all major cities in the state including Bhubaneswar, Cuttack, Berhampur, Rourkela, Sambalpur, Baripada, Jharsuguda and staged road blockade by burning tyres. They also resorted to sloganeering and demanded immediate step by the Central Government to file review petition at the apex court in the matter.

The apex court on March 20 ended the provision of automatic arrests and registration of criminal cases against public servants under the SC/ST Act with an aim to protect honest officials discharging bona fide duties from being blackmailed with false cases under the Act. However, the Dalit organisations felt that the dilution would lead to increase in violence against SC and ST members in the country.

2 killed in bear attack in Odisha