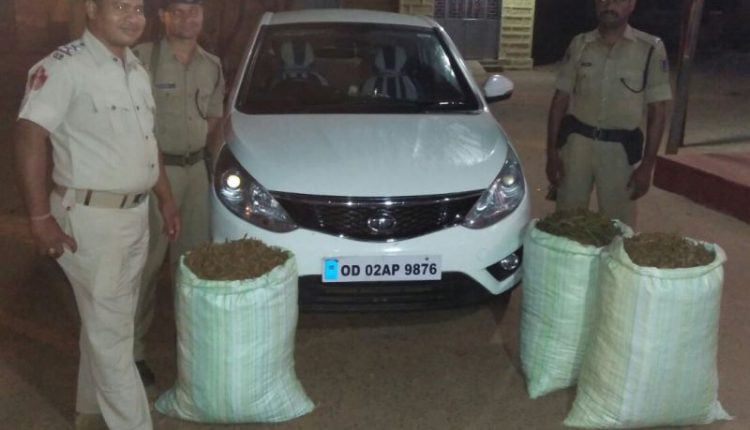 Khordha: Launching a crackdown on illegal drug peddlers in the district, police today confiscated at least 61 kg of ganja from Jatni area in the outskirts of state capital Bhubaneswar.

After getting a tip-off on the illegal ganja transport, a team of Jatni Police conducted a raid in the Loco Colony in Jatni Municipal area in the morning and detained a car (Registration No. OD 02 AP 9876). During the search, a consignment of the banned drug was found in at least three sacks which were immediately seized by the cops.

The seized drug would cost over Rs 5 lakh said police.

Jatni Police has lodged a case under NDPS Act in the incident and is trying to trace the peddlers who managed to escape from the spot ahead of the raid.