4 held in Odisha’s Jharsuguda for shootout during birthday bash 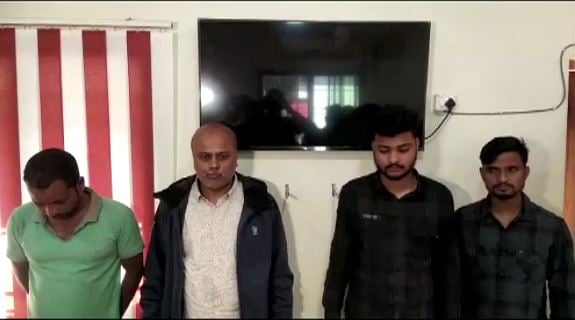 Jharsuguda: As many as four persons were arrested and forwarded to Court on Tuesday in the matter of a shootout that had taken place earlier this month during a big birthday party in Jharsuguda of Odisha. Jharsuguda SP Rahul Jain informed in a presser on Tuesday.

As per reports, verbal spat erupted between a few people during a birthday bash that was going on in a hotel under Jharsuguda Sadar Police limits on December 5, 2022. The spat soon took an ugly turn when the involved people turned violent. Some of them opened fire at each other.

Taking action in this matter, Police had lodged a case and investigation was being carried on. Accordingly, today Police arrested four persons in this connection and forwarded them to Court.