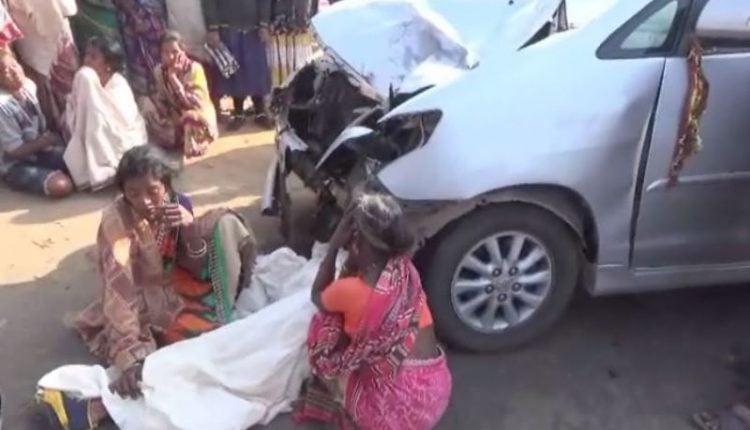 Rayagada: At least two persons were killed and another sustained severe injuries after a bike they were travelling on was hit by a speeding car from on a bridge near Therubali under Chandili police limits in the district last night.

The mishap took place late in the night while the duo was returning home on a bike from Therubali. Driver of a speeding car failed to locate the bike on Therubali bridge and ended up dashing against it head-on. The biker duo died on the spot.

Angry locals rushed to the spot following the incident and staged a road blockade demanding compensation for the families of the deceased. Vehicular movement on Rayagada-Kalahandi route was disrupted for around five hours due to the blockade. Normalcy was restored only after Chandili Police reached the spot and pacified the mob.