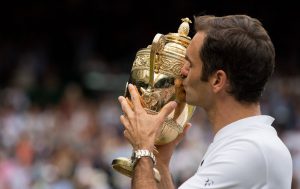 Born on August 8, 1981 in Basel, to Swiss father Robert and South African mother Lynette, Federer started playing tennis at eight. He won his first ATP title in Milan in 2001 and has won trophies every year since with the exception of 2016.