Kumble confirms he resigned as Kohli wanted him to go 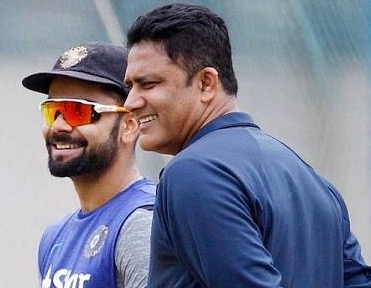 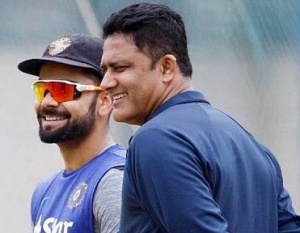 Mumbai: The ‘Visionary Indian Coach’, who wanted to take Team India to new heights, was forced to resign as Captain Virat Kohli did not like his style.

Kumble’ contract came to an end after the Champions Trophy, but it was supposed to be renewed.

Kumble confirmed that he resigned as the Head Coach after he was told by the BCCI that Kohli did not like his style and had reservations about his continuance as the Coach.

“I was surprised since I had always respected the role boundaries between captain and coach, clarified Kumble.

“The BCCI tried to clear the misunderstanding, but could not. So, I decided to move on. In the light of these ‘reservations’, I believe it is best I hand over this responsibility to whomever the CAC and BCCI deem fit,” said Anil Kumble.