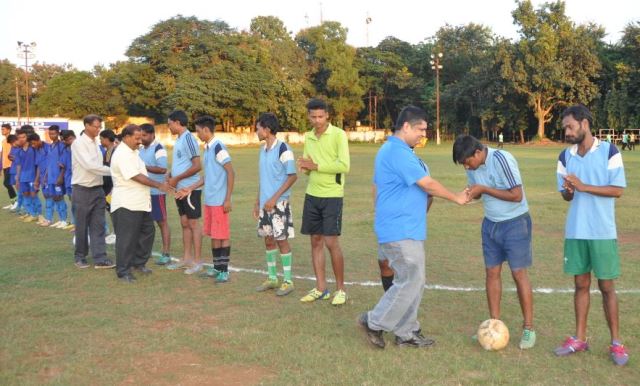 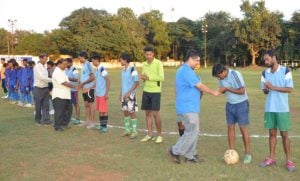 Jajpur: The 11th edition of Kate Purty Inter-village Football Tournament kicked off at the central playground of Sukinda Chromite Mine (SCM) township of Tata Steel in the district on Tuesday.

In the opening match, Chrome Valley Football Club won by 6-0 goals by defeating Jai Maa Mangala team of Badkathia, with Ghasiram Majhi as the referee.

As many as 34 teams from Ransol, Chingudipal, Kankarpal, Kaliapani panchayat of Sukinda block of Jajpur district and Raibol panchayat of Kankarahat block of Dhenkanal district are taking part in the tournament which will continue till December 2, 2017.

Named after Shri Kate Purty, the man who discovered chrome in Sukinda valley in 1949, the tournament is being organized by Sukinda Chromite Mine of Tata Steel for last 10 years.

Tata Steel Group is among the top global steel companies with an annual crude steel capacity of 27.5 million tonnes per annum (MTPA) as on March 31, 2017.