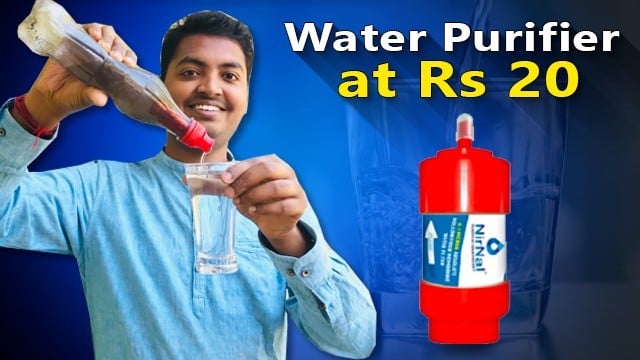 It is a dream come true project for Niranjan Karagi, who was a fourth-year engineering student. Karagi decided to develop the water purifier after he saw school children drinking possibly contaminated water.

In order to go ahead with his unique and noble idea, Karagi did some research but could not find any expensive water purifiers which could be used following which he made one for himself and named it NirNal. The purifier, which is a pocket-sized contraption, fits most regular PET bottles, said Karagi adding that each NirNal filter has a capacity of purifying about 300 liters of contaminated water. It removes bacteria up to 99.9 per cent.

While describing his dream project, Karagi called it ‘purity in your pocket’ as it can be used anywhere and anytime.

In order to popularize his product, Karagi went from school to school and farmer to farmer in rural areas of the country. Within the first year, Karagi reportedly sold nearly 8,000 units and till date, he has supplied over two lakh units in India. Besides, he is exporting it to 15 different countries including the United States of America, Qatar, Singapore, and Malaysia.

Karagi’s efforts were recognized by the government of Karnataka and he received a grant worth Rs 20 lakh to ramp up production. He is also supplying NirNal to the Central Reserve Police Force, Indian Army, and Indian Navy.

Currently, Karagi is reportedly working on a project to convert saline water to clean drinking water. 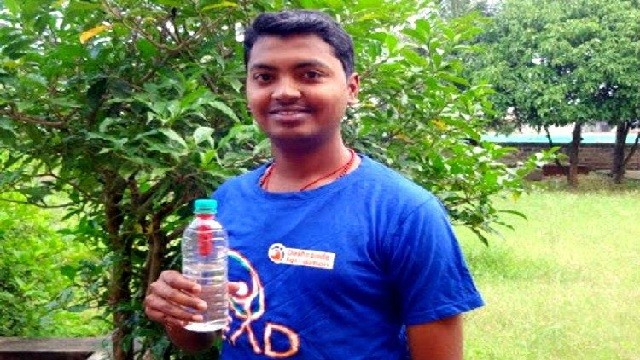