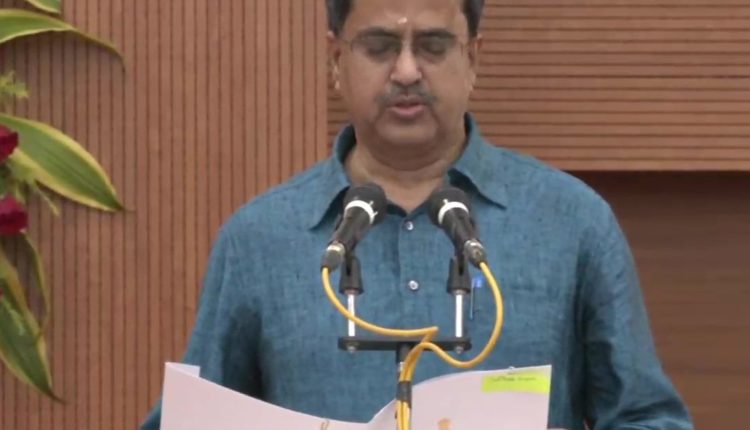 He was sworn in as the 11th new chief minister of the state.

The 69-year-old Saha was named as the leader of the BJP legislature party hours after the resignation of Biplab Deb.

He is a dentist by professionand had won the Rajya Sabha seat from Tripura this year.

The sudden political development came as a surprise to the people of the state.

Dr Saha had joined BJP in 2016 after quitting Congress. He was made party chief in 2020 and then  was elected to Rajya Sabha in March this year.