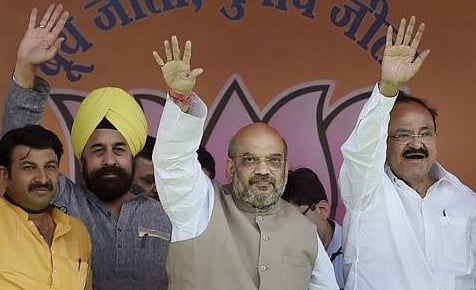 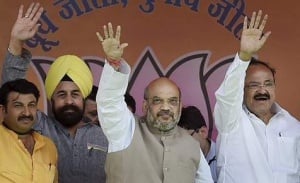 Lotus blooms in MCD (Delhi) for a record third time in a row. The BJP managed to beat 10 years of corruption, mismanagement and misrule at the MCD and won more seats than they had won (142) in 2012.

The BJP won 181 seats out of 270 seats a that went to polls. Aam Aadmi Party managed to get just 46 seats, while Congress won 31. As usual, BJP gives credit to PM Modi for this win. Delhi Congress Chief Ajay Maken resigned taking moral responsibility. However, AAP blamed it on EVM tampering.

We have a message for all three parties as well as the Journalists:

For BJP: No place for Complacency! Work for the people. Don’t repeat what you did in the last 10 years in the MCD. You got a massive mandate. Don’t disappoint your supporters.

For AAP: Relax. Introspect. Reach out to the people. Try to understand where things went wrong and take corrective measures.

For Congress: You are still doing OK. Time to introspect further, regroup, find energy and try to reach out to the masses.

For Journalists: Don’t sway by emotions, magic and waves. Political parties are birds of same feather that flock together. Keep a strict vigil. Praise good work and spread the word. Criticise the wrong and expose the corrupt.