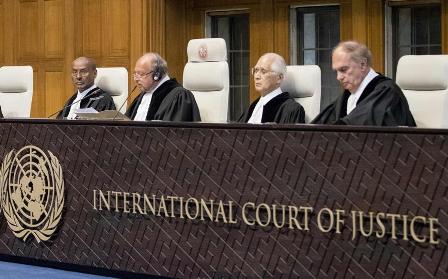 The Hague: In a major relief to Kulbhusan Jadhav and India, the International Court of Justice (ICJ), on Thursday, ruled in favour of India in the case pertaining to death sentence given to former Indian Navy officer Kulbhushan Jadhav by a military court in Pakistan and stayed his execution till the case is disposed of.

“Appropriate to say that Pakistan shall take all measures at its disposal to ensure Kulbhusan Jadhav is not executed pending a final decision,” pronounced Justice Ronnie Abraham, President, ICJ.

The Court also backed India’s request for getting consular access to Jadhav. “Both India and Pakistan agree that Kulbhushan is an Indian citizen. India should have been given consular assistance as per Vienna Convention,” the court said.

The verdict was delivered after a hearing by a 11-judge bench.

Kulbushan Jadhav was arrested in March last year from Balochistan for allegedly entering Pakistan illegally. Last month, the Field General Court Martial had pronounced the death penalty to Jadhav on charges of espionage and terrorism. India had approached the International Court of Justice, which had stayed his execution on May 9. The Indian legal team was being led by Harish Salve.