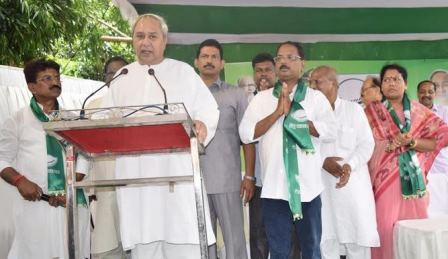 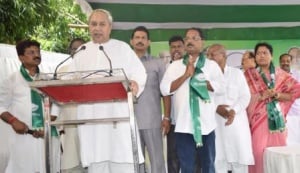 Accompanied by hundreds of supporters, Amat joined the BJD at a function organized at the party head office.

He cited BJP’s apathetic attitude towards the development of the tribals as the main reason for his leaving the saffron party.

“I had joined the BJP with a lot of hope. I had thought that the people of Odisha, especially the tribals, will see development. But nothing of that sort happened. There will not be any development only by chanting Modi, Modi. You need to work and the Union Ministers Dharmendra Pradhan and Jual Oram are not working for the interest of Odisha,” said Amat.

“While Dharmendra is giving more priority to the people of other states in gibing employment in Odisha-based Centrally funded companies and projects, Oram, as the Tribal Affairs Minister, exploits the tribals of the people. He disgraced the Bhuiyans by saying that they are not tribals,” he added.

BJD Supermo and Chief Minister Naveen Patnaik, while welcoming Amat into the party, said that his joining would strengthen BJD in Sundargarh district.