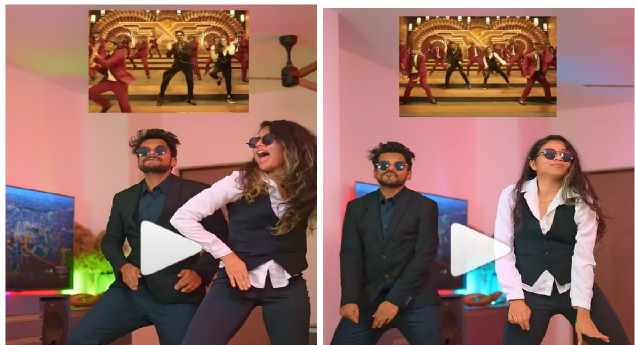 Rowdy Baby, a classic dance number, has amused audiences all over the nation with its upbeat lyrics and amazing dancing skills. The 2018 release of Maari 2 included the chart-topping song starring actor Dhanush and Sai Pallavi Senthamarai. The star couple amazing dancing movements from the song in the movie has been attempted by many, but not everyone has been successful.

An updated video of a choreographer couple from Kolkata performing the dance moves has now surfaced on social media. In the video, a couple Saurabh and Anoosha can be seen dancing their hearts out with contagious energy and coordinated steps. They are dressed similarly to Dhanush and Sai.

Coast Guard in touch with Bengal, Odisha on cyclone, #Watch

“We have the Rowdy Babies to rock. Okay, could you kindly confirm that the matches are at least 90%?” Reads the caption. The pair has more than 4.95 lakh followers on their Facebook page under the handle @jodianoorabh.

Social media users have praised the couple and liked the dance. Emojis were used in abundance in the comments area to show love. Gauahar Khan, a model and actress, added “Love love” to the comments box as well. In the meanwhile, one user said, “You guyss rocked it.” They are the best dancers in Kollywood, but another person said, “You literally nailed it.”