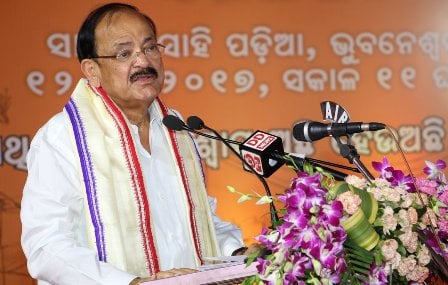 The Vice President was slated to attend the convocation ceremony earlier on August 16. However, the programme was rescheduled to August 25 due to some unavoidable issues.

Meanwhile, Police Commissioner Satyajit Mohanty informed that the city cops have made elaborate security arrangements for the smooth visit of the Vice President and Union Health Minister.

If sources are to be believed, 23 meritorious students will be given the gold medals during the convocation. Besides, as many as 50 MBBS students and 56 B.Sc nursing students will get their degrees.

The government-run hospital, which is spread over 91 acres at Sijua in the city, has been established under the Pradhan Mantri Swasthya Suraksha Yojna (PMSSY).

Former Prime Minister Atal Bihari Vajpayee, who died earlier this month, had laid the foundation stone on July 15, 2003 while classes for the first batch were started in 2012-13.