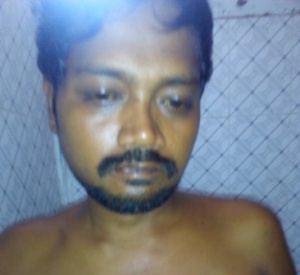 Cuttack: An under-trial prisoner lodged in Choudwar jail died while undergoing treatment at the SCB Medical College and Hospital in Cuttack here late on Tuesday night.

While the medical staff and jail authorities claimed that the under-trial identified as Bapi Das of Das Sahi in Cuttack city died of jaundice, his kin alleged that Das died due to the atrocities of the jail authorities and held the jailor responsible for his death.

“I had met my husband the day after his arrest and he was fine. Why was he admitted to the hospital just two days after I met him? If he was suffering from jaundice, then why were there injury marks and burn marks on his body? Jail staff have tortured my husband physically and I hold the jailor responsible for the death of my husband,” said wife of Das.

Das was arrested on May 12 this year by the Malgodown police in connection with an old case of 2002 and was lodged in Choudwar jail. Later, he was admitted to the SCB Medical College & Hospital on May 15 with some burn injuries.