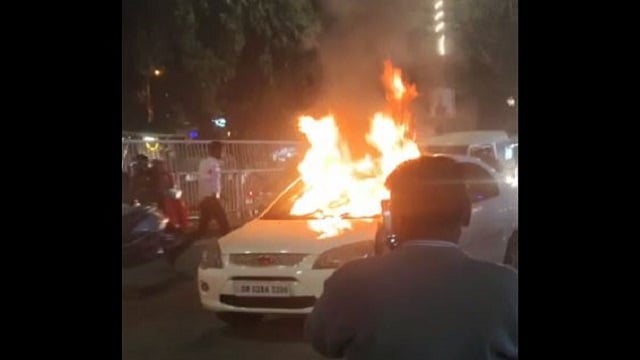 Cuttack: Occupants of a car had a narrow escape after it caught fire in Odisha’s Cuttack City this evening. The running car caught fire at Link Road in Cuttack under Madhupatna Police station limits.

According to reports, the four-wheeler caught fire all of a sudden. Soon, the bystanders rescued the occupants of the car and saved them. They also tried to douse the fire.

While the exact reason of the fire is yet to be known, it is suspected that it might have occurred due to a short-circuit.