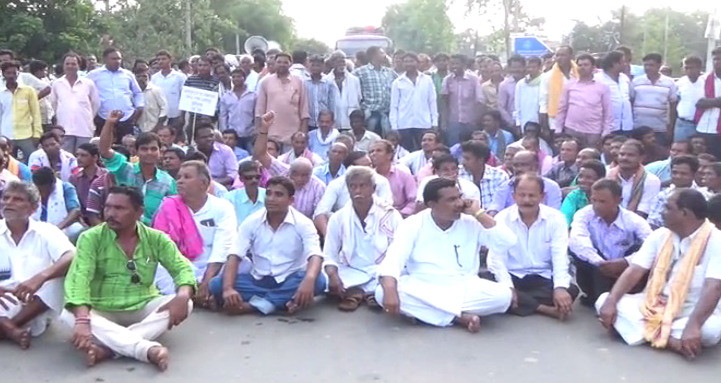 Bhubaneswar: The Commissionerate Police on Wednesday arrested agitating farmers who were rallying to take part in the Mega Farmers’ Convention in the city. The convention was organised by the farmers as a mark of protest against the State Government’s indifference towards their long-standing demand of ‘Price, Pension and Prestige’.

The farmers from the Naba Nirman Krushak Sangathan (NNKS) were arrested after they were trying to stage road blockade on the National Highway as well as other important roads in the city. Those staging road blockade at Master Canteen Square and Bhubaneswar Railway Station were also arrested.

According to reports, more than 3 lakh farmers had hit the streets today in order to compel the state government to fulfil their demands. To avoid any untoward incident, police platoons were deployed at sensitive places in and around the capital city.

With the Budget Session of Odisha Assembly underway, the farmers have intensified their agitation. Under the slogan of ‘Price, Pension and Prestige’, they have been demanding a security allowance of Rs 5000 per month for nearly 36 lakh farmers of the state.

Alleging that the state government is trying to destabilise the agrarian protest, NNKS National Convenor Akshay Kumar said the protest will be intensified further if the government fails to announce provisions for farmers in the budget.

Tomb of Karl Marx vandalised in a suspected hammer attack