One dead, 5 injured as truck rams into ambulance in Balasore 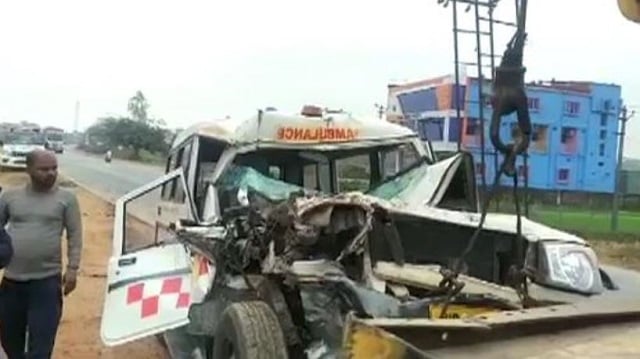 Jaleswar: One person was killed and five others sustained injuries as the ambulance carrying them rammed into a truck on National Highway 16 under Jaleswar police limits in Balasore district.

Report says, the accident took place near Khusi plaza on National Highway 16 under Jaleswar police limits when a speeding truck rammed into the ambulance. The patient was en route to West Bengal from AIIMS, Bhubaneswar.

One among the seven people in the ambulance died on the spot. While the others who sustained critical injuries were shifted to the nearby hospital for treatment.

On receiving information, Jaleswar police rushed to the spot immediately and started a probe into the matter. Unfortunately, the deceased is the patient himself .