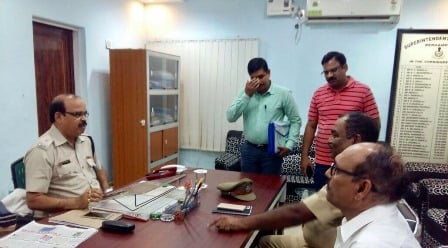 Berhampur: A two-member team from the Mumbai Crime Branch arrived in Berhampur to probe the alleged Chhota Rajan link in Odisha on Monday.

They will join the five-member team of the Special Task Force (STF) and EOW of Odisha Crime Branch, which is probing the case under the leadership of an additional SP. The team will take the four accused on remand to extract more information from them.

Acting on a tip-off received from the Mumbai Crime Branch, Gopalpur police arrested the four suspects, including the mastermind, from near Utkal Ashram road in Berhampur. Besides, it seized five China made sim boxes and 25 sim cards from their possession.

The main accused, who is identified as T Laxminarayan Sharoff, was running the network. The other arrested persons are Pradeep Choudhury, Suresh Kumar Satpathy, and Santosh Kumar Sahu.

They used to divert the calls coming from Hon Kong, Dubai and other countries using China-made sim boxes.