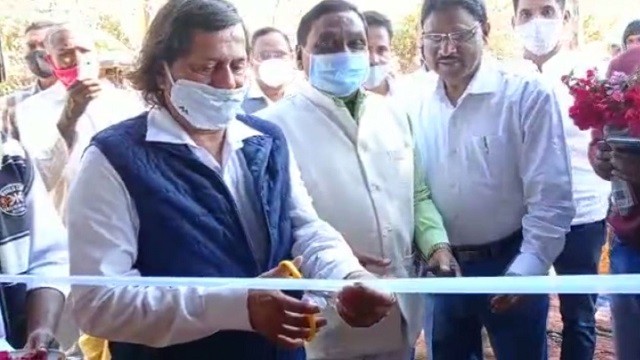 Phulbani: Kandhamal MP Dr. Achyuta Samanta inaugurated a slew of projects on the final day of his four day visit to this district of Odisha on Friday. Dr Samanta also inaugurated another market complex and an Anganwadi Centre at Bhramarabadi. In the afternoon he inaugurated a sub post office in Daringbadi.

Later on the day Dr Samanta discussed with panchayat members about developmental works in Phiringia. There he assured that Naveen Patnaik Govt is keen on development of Kandhamal district and many more projects will come in future in this respect. In the afternoon Dr Samanta attended a meeting of the Biju Youth and Students’ wing. Later he inaugurated a training centre of Mahila Mahasangha at Gudari and discussed with the Panchayat members about developmental works of the area. He also inaugurated a Passengers’ rest room at Khajuripada.