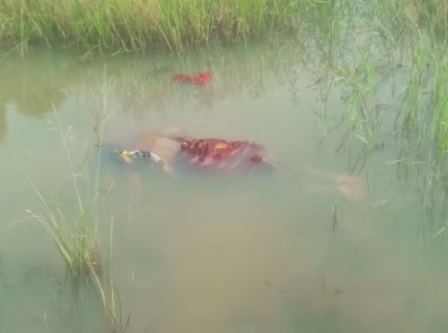 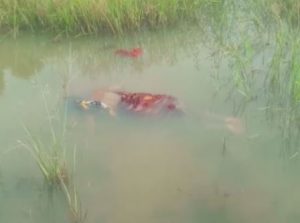 Kamakhyanagar: A man killed his wife and dumped her body in a pond over marital discord in Jatia village under Parjang police limits in Dhenkanal district on Thursday night.

The deceased woman has been identified as Madhusmita Sahoo.

The incident occurred late last night after Madhusmita quarrelled with her husband Sushant over some petty issue. As the quarrel escalated into a heated argument, Sushant thrashed the victim brutally in a fit of rage killing her on the spot. Later he dragged the dead body to the back side of his house and dumped it in an unused pond and fled.

The body of the victim was fished out of the pond by some villagers this morning.

The mother-in-law of the victim, Lalita Sahoo has also admitted the murder and informed that the couple used to quarrel frequently in the last couple of months which took an ugly shape last night.

Parjang police have launched a manhunt to nab the accused husband after Madhusmita’s family members lodged an FIR in this connection today.